"Go Your Own Way"

(You might have noticed that many things in my life are named after songs.)

The 2014 issue of Knitscene Accessories has just hit the newsstand, and I'm absolutely thrilled to announce I'm in it. Not only am I in it, but my article is mentioned on the cover, and in the editor's letter.


.@wisehilda as I said in my editor's note, I think sock knitters should consider laminating this article.
— Amy Palmer (@AmyPalmerKnits) May 23, 2014 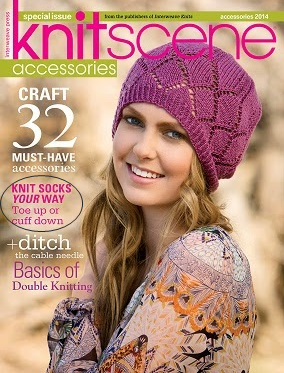 What I do hear from knitters is that if they encounter a pattern that is for the "wrong" direction, then they are often discouraged. My article aims to help knitters convert a sock pattern from one direction to another, opening up a whole new range of sock patterns.

I love enabling sock knitters!
Posted by Kate at 9:46 am