A long time ago, in my early days of sock designing experiments, back when I only had two of the Barbara Walker Books, I fell in love with a cable pattern. 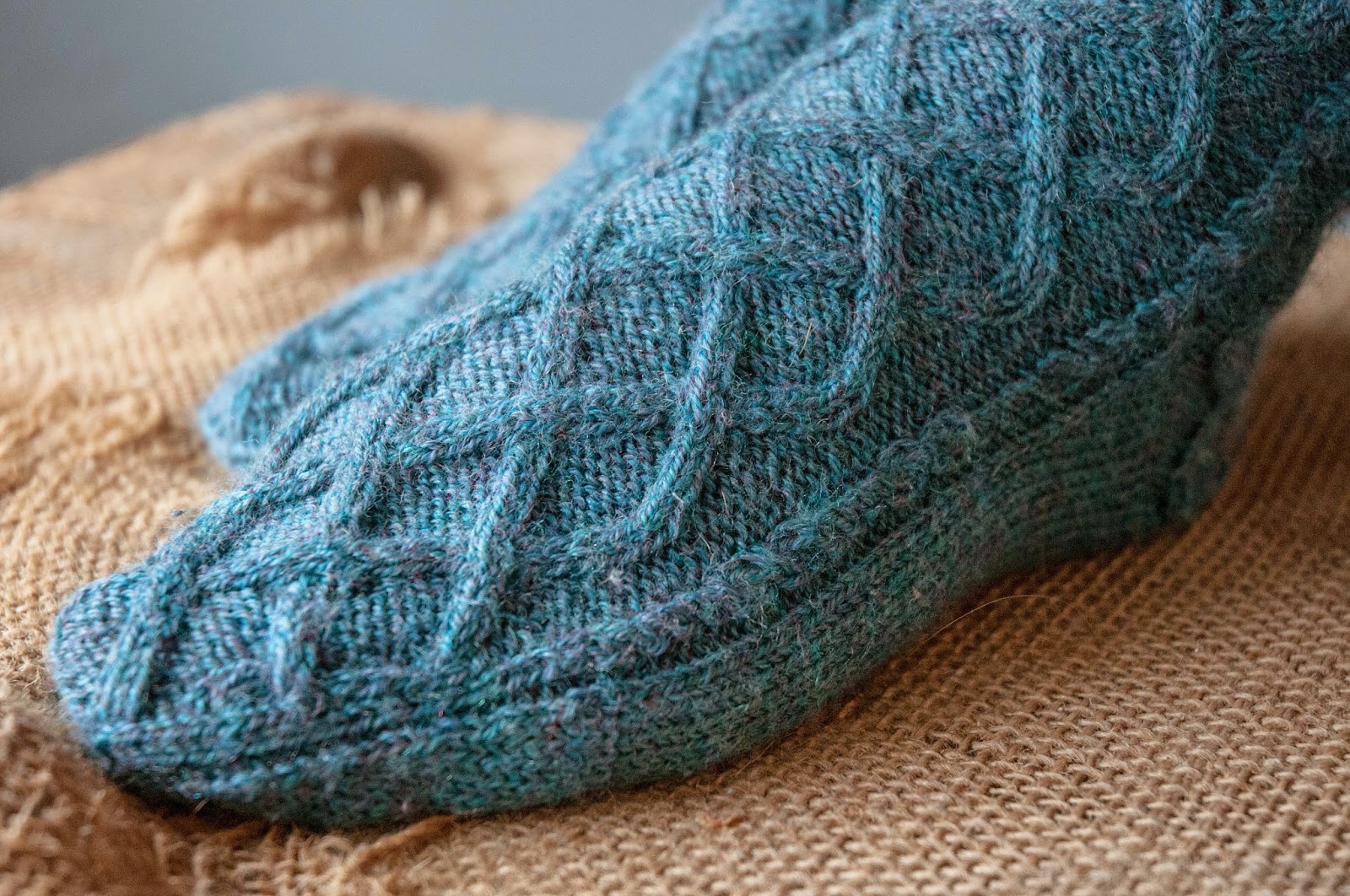 And this sock resulted. It's been languishing in the bottom of my sock drawer for some time, the pattern never really properly published.

From my original notes on the design...


These socks were inspired by the winter night sky in the prairies. The cables swoop across the socks like the Northern Lights swoop across the sky, and the yarn colour perfectly captures a cold, sparkling twilight. The Figure 8 Cable was inspired by my first sun dog sighting – a fascinating column of flares in the sky. 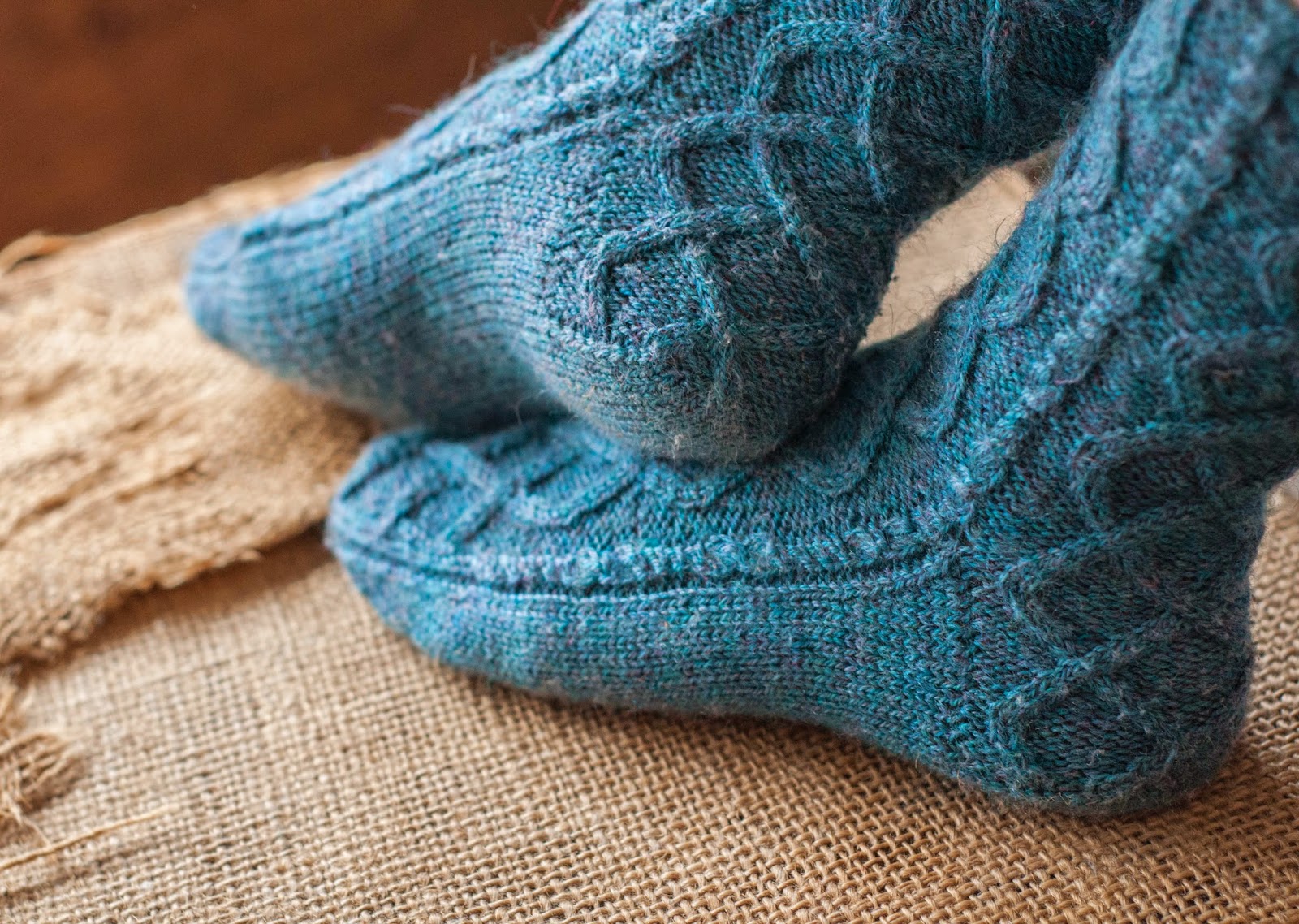 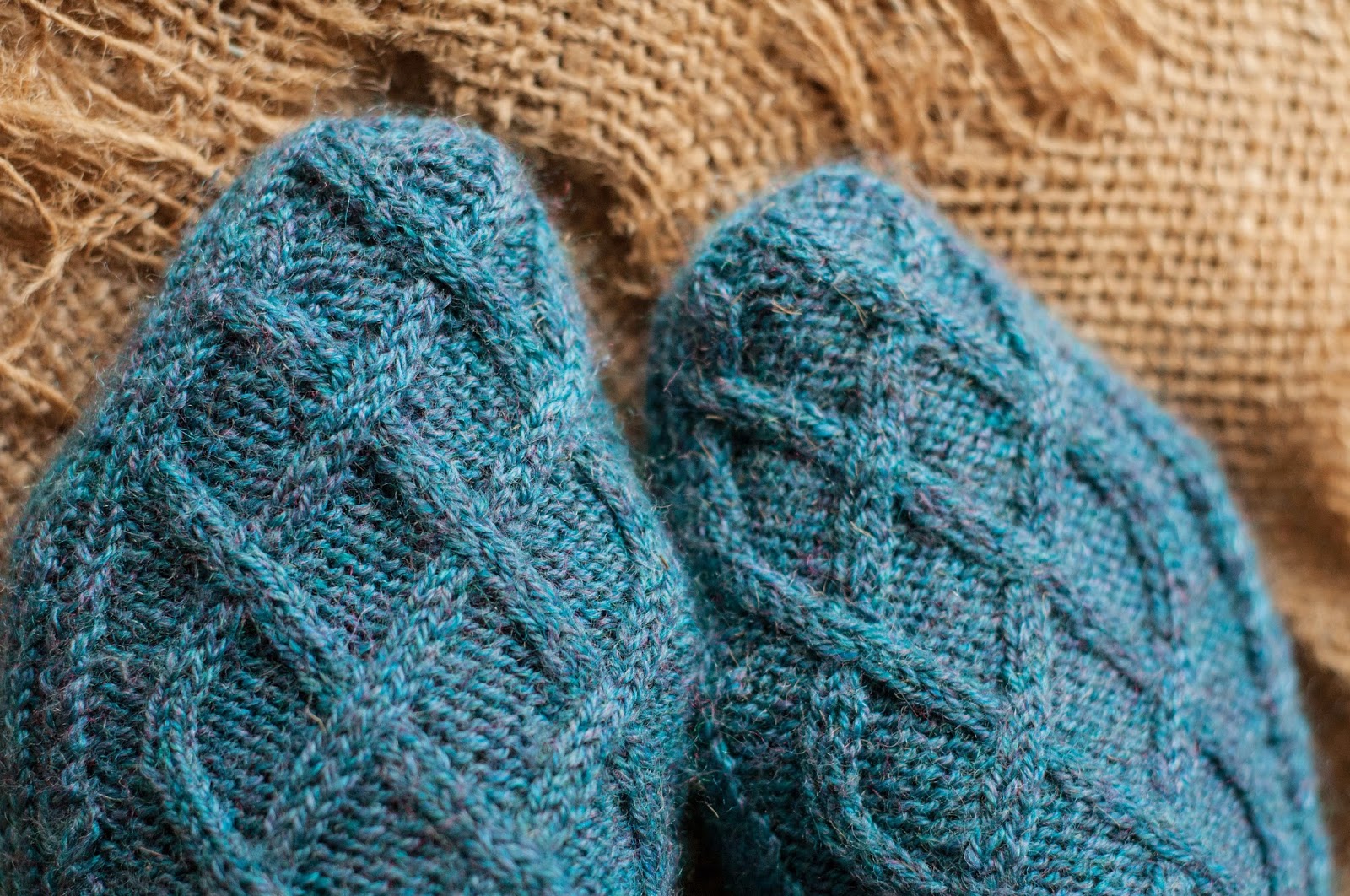 Shortly after we moved to Canada, we spent a short time living in Saskatchewan, over a winter. What they say about the sky there is totally true: it really does go on forever, the colors are amazing, and unbelievable things happen. I spent a lot of time looking up. I saw sunshine so bright it hurt and blinding blues like I'd never experienced before. We watched a tornado build and form and cross the city. We were mesmerized by the magic of the Northern Lights. And we saw a sun-dog: a vertical light flares, often like rainbows, caused by the sun reflecting off the ice crystals in the air. The sky has its own personality, in the prairies. The sky is a character in your daily life.

Now I live in downtown Toronto; I don't get to see the sky that often -- too many buildings in the way. So I look at my socks instead. 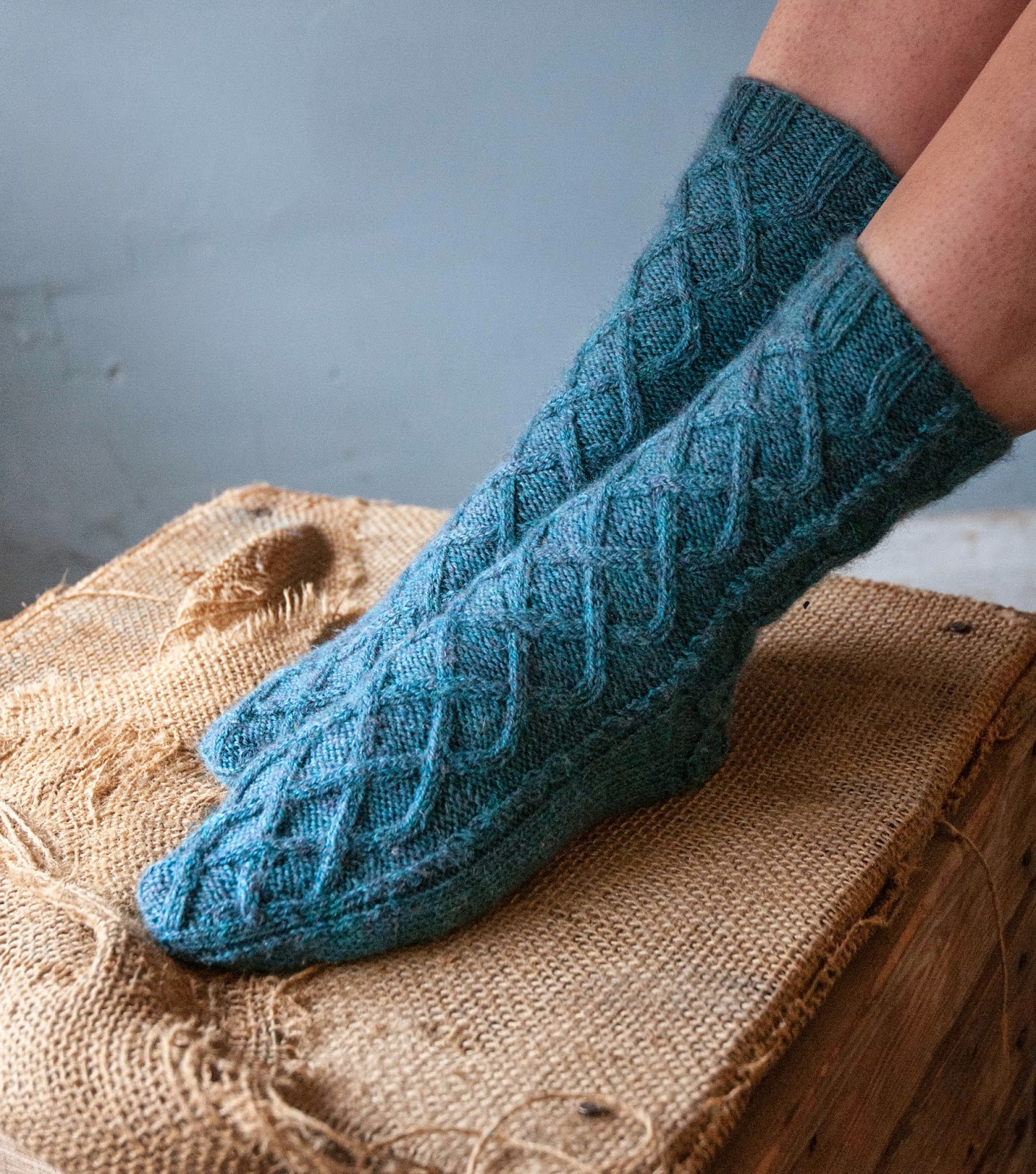 The cable is juicy but not too challenging. As is usual, the pattern is written to be worked on DPNs, Magic Loop or 2 Circulars, as you prefer. Two women's sizes, foot length entirely adjustable. The cable patterns are charted.